Everyone who kept rabbits on their farm knows how susceptible these animals are to diseases and mass pestilence. This article tells about the causes of death, diseases of rabbits, their treatment and preventive measures.

The mass death of everyone or the sudden death of one rabbit - sooner or later every rabbit breeder faces this. The main reasons are lack of proper care, unsanitary conditions, poor quality feed and dirty water. Such content of eared rodents increases the risks of contracting infectious diseases, as well as diseases that are not transmitted from individual to individual.

To prevent death or at least reduce the number of affected animals, you need to know the rules and conditions for keeping rabbits, what diseases they are susceptible to and their symptoms, as well as what preventive actions will save the livestock from death.

What rabbits are sick with and how to treat

All diseases of eared pets can be divided into infectious and non-infectious. The former are much more dangerous, because if one individual becomes ill, there is a risk that the entire livestock may die. 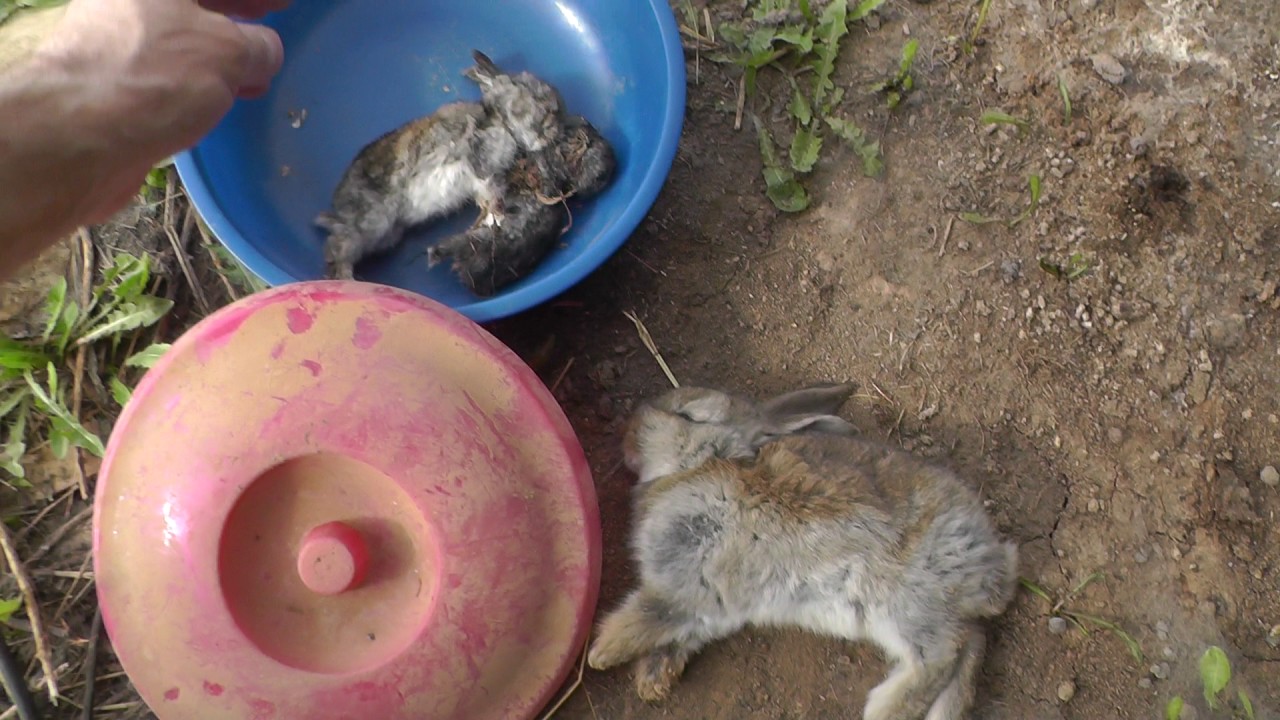 Why do chickens die?

About some of them in more detail:

One of the most common diseases. Its other name is fever. It is transmitted by airborne droplets (VKP), through feces, contaminated food. The disease can be acute or generally asymptomatic. Most often, infection occurs in the summer. The rabbit dies one day after infection. There are no effective treatments. As a preventive measure, the animals need to be vaccinated: the first time in 1.5 years, then every six months.

Important!An unexpectedly dead animal must be taken to an autopsy. If you don't know what the rabbit died from, you can lose all the livestock!

The causative agent is coccidia, which affects the intestines and liver. Infection of animals occurs through poor-quality feed, dirty water and feces. The carrier can be humans or other pets. A sick rabbit loses appetite, loses weight, begins to swell, and diarrhea opens. For treatment, animals need to be drunk with antibacterial drugs. As a preventive measure, it is required to observe hygiene standards in the rabbitry, to disinfect equipment and cages. Dead rabbits must be burned. 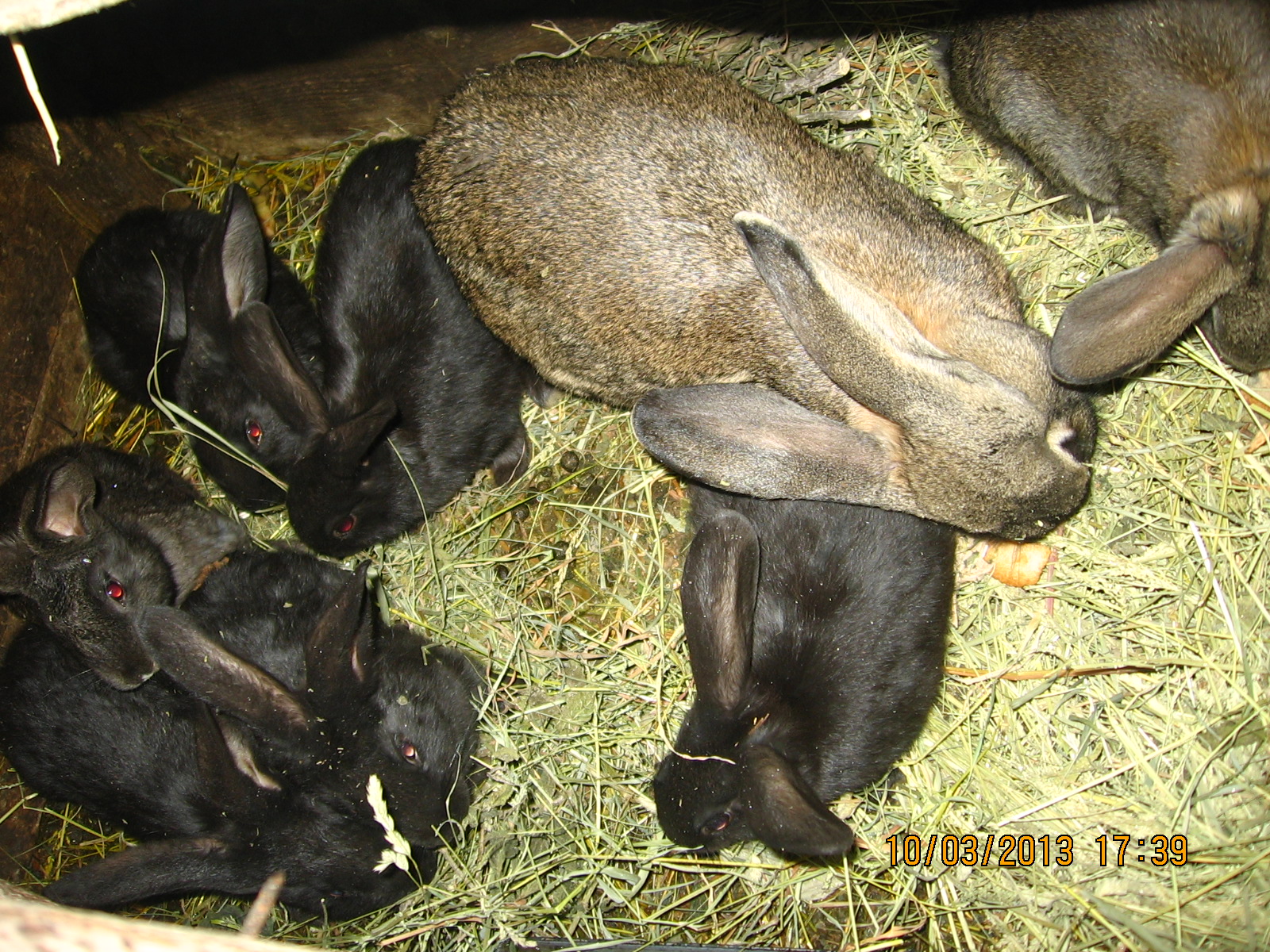 The most dangerous disease. It is transmitted by VKP, as well as through the bites of mosquitoes and other insects. A nursing rabbit infects rabbits through milk. At first, the disease is asymptomatic, then bumps form in the area of ​​the head and ears, purulent discharge is observed from the eyes, and the animal begins to fever. The duration of the disease is 1 to 2 weeks. Death occurs in 95% of cases. There is no effective treatment. You can only be safe by vaccination.

A viral disease transmitted by air, food, water and humans. It manifests itself in the form of coughing, sneezing, shortness of breath.The rabbit loses appetite, the temperature rises, and purulent discharge from the oral cavity appears. If you don't start to heal, the animal will die. Antibiotics and sulfonamides help well. With timely veterinary care, rabbits survive. As a preventive action - vaccination from one month of age. Adults - twice a year. 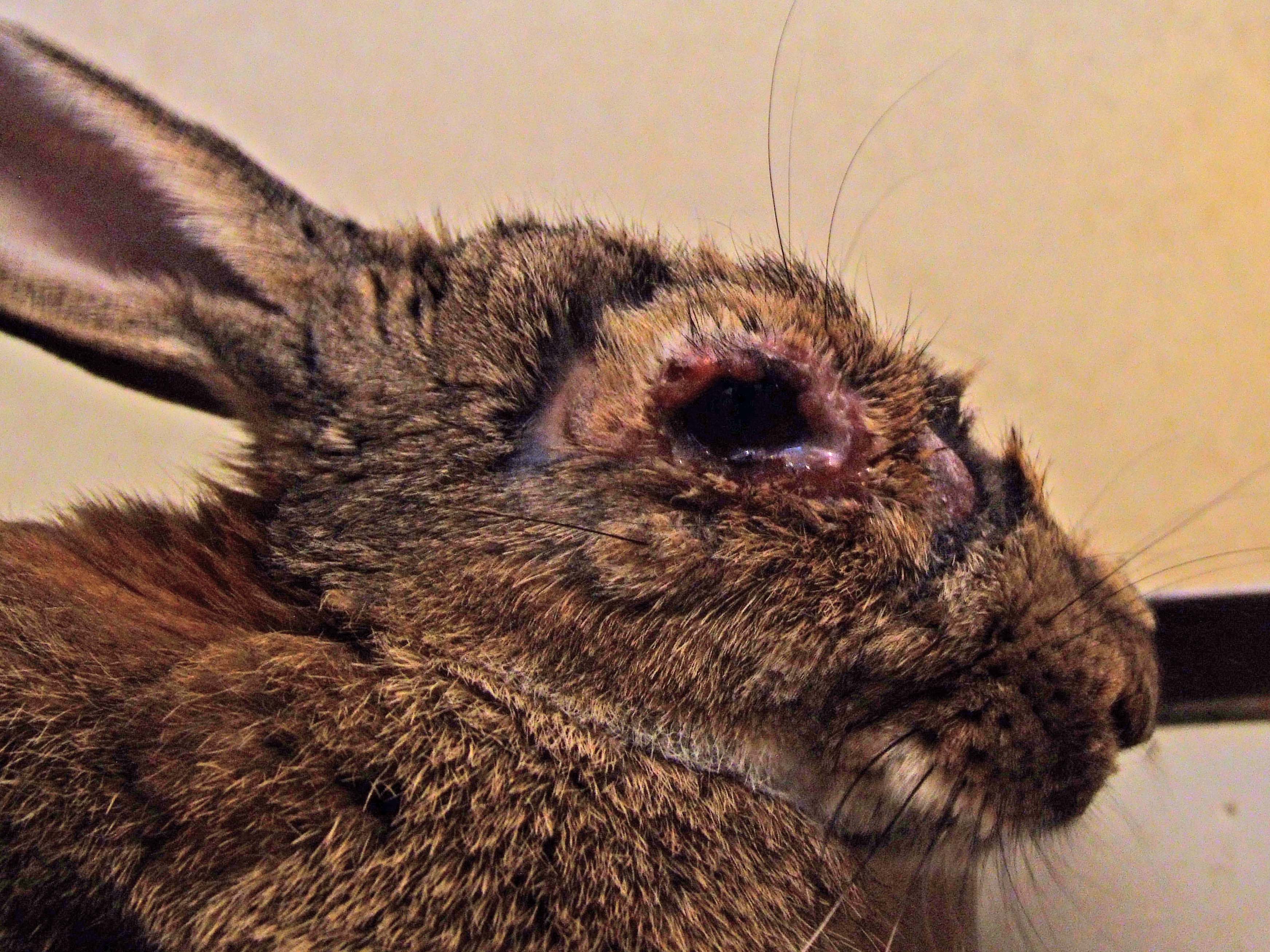 A viral disease in which there is increased salivation, swelling of the tongue, redness of the oral mucosa. Loss of appetite is accompanied by lethargy and dramatic weight loss. Treatment is carried out as directed by a veterinarian. Failure to provide medical attention to the rabbit will result in its death.

The cause of the disease is the cestode larvae, which affect the liver and contribute to the onset of peritonitis. The disease cannot be treated, the animal dies. Diagnosed after death. The corpse is burned. 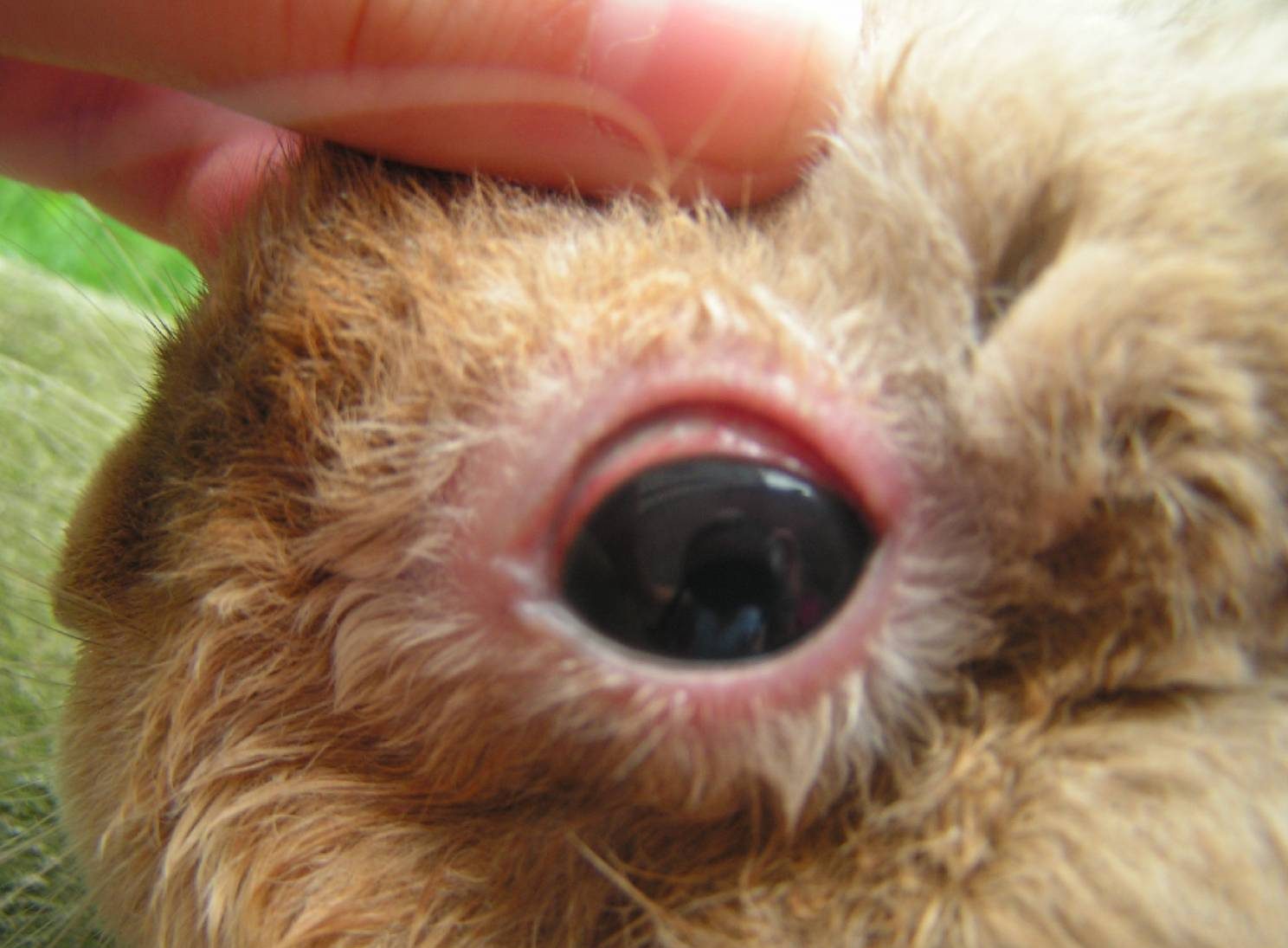 Although these diseases are not similar, they have something in common:

Note!Listeriosis is dangerous to humans, so if the autopsy diagnosis was confirmed, the rest of the individuals in contact with the deceased rabbit must be destroyed!

Why do chickens die

In addition to viral diseases, non-communicable diseases can also threaten the life and health of rabbits. As a rule, they do not cause a mass death, however, the death of even one head causes a lot of trouble for the breeder. The most common ailments:

These diseases cannot cause instant death, are not epidemic and do not occur suddenly. They are manifested due to improper feeding and maintenance of rabbits, the farmer's lack of the necessary knowledge and experience base. In a neglected state, they will eventually lead to the death of the animal.

What to do if the pestilence begins

Why rabbits gnaw on cages and what to do

If trouble nevertheless came to the rabbitry, and young animals begin to die for no apparent reason, and the farmer does not know why young rabbits are dying, then without wasting time, you need to act:

Why do little rabbits die

All mammals at a young age very rarely die from diseases, and rabbits are no exception. The fact is that at birth, and then with mother's milk, babies receive a significant portion of immunity. The mortality rate from infectious diseases in rabbits during the suckling period is extremely low. 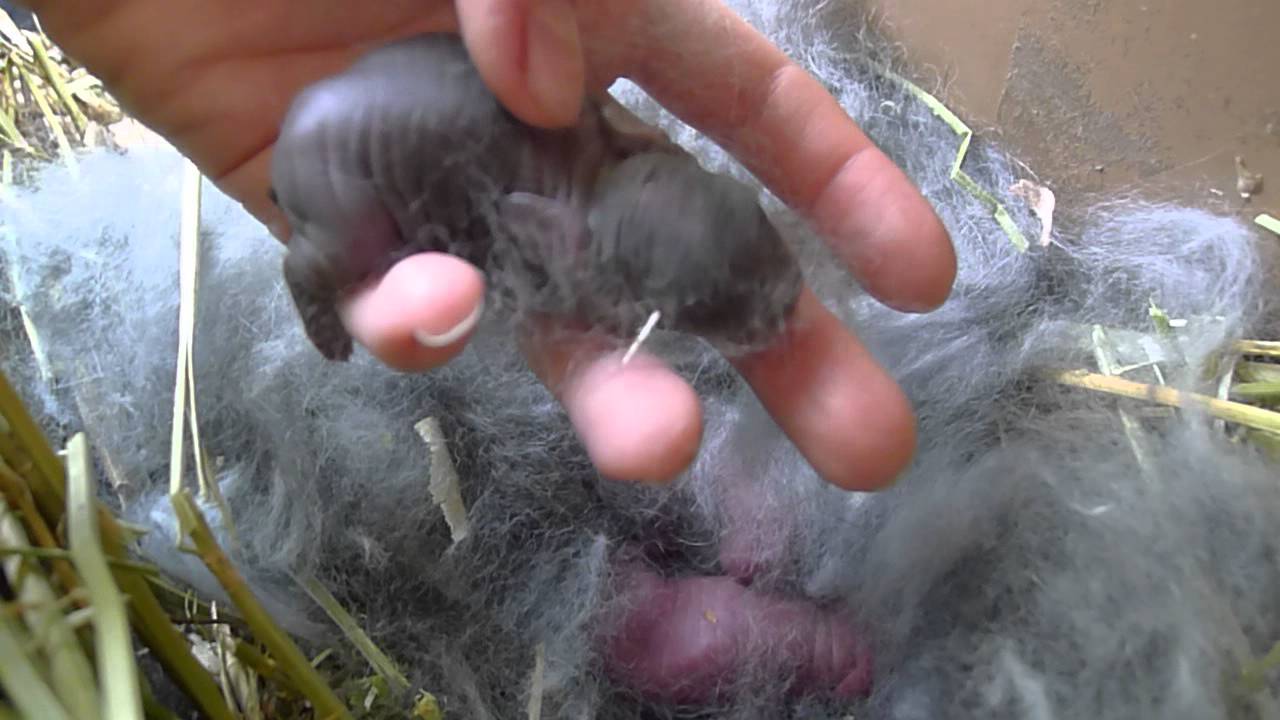 Why do little rabbits die

Such a misfortune can happen if the rabbit herself is already infected with the virus and is its carrier. It can become infected both during pregnancy and after birth. An example is the coccidiosis virus. A rabbit can get sick by receiving contaminated food, then transmit the infection to the rabbits with milk.

Note! But not only mother's milk can lead to the death of newborn animals. The reason why the rabbits died was often dampness in the nest (in autumn) or cold (in winter). If the mother liquor is kept in unsanitary conditions, then various cocci may appear there, for example, staphylococcus. Such an infection is fatal for young rabbits.

Another cause of death of rabbits is rats. These omnivores are not averse to feasting on a defenseless rabbit. And very often it happens that all the cubs go to be eaten by these rodents. Therefore, it is very important to carry out regular disinfection and other measures to combat rats in the rabbitry. Some farmers even breed burrowing dogs to combat them.

Each rabbit breeder should clearly know what to do if the rabbits die. Measures must be taken instantly, otherwise you can generally be left without offspring.

Why do decorative rabbits die?

Recently, it has become very popular to have decorative rabbits as pets. And not everyone knows how to keep them, how to feed them and how to take care of their health.

For the first time, attention was paid to these pussies at the end of the 19th century. Then they began to breed because of their wool. In the late 30s. of the last century, the first breed standards appeared. They began to be imported to Russia en masse after 1995.

Note! Now there is a huge variety of breeds of decorative rabbits. Among them there are giants weighing up to 8 kg, and very miniature, whose weight does not exceed 1 kg. There are real shaggy and very smooth-haired. Some have long ears and hang to the sides, while others have very short, erect erect ears.

Decorative rabbits, like ordinary rabbits and their wild cousins, have nothing to do with hamsters, guinea pigs and other rodents. And their requirements for content are different. They are very attached to a person, love to be given attention and very badly tolerate loneliness. On this basis, they can even get sick and die. The first signs that something is amiss is evident in their behavior:

When breeding breeds of decorative rabbits, attention was paid to appearance. No one was involved in the selection of manufacturers by character. Therefore, today's descendants of old breeds have individuals with completely different types of nervous systems: from cute, affectionate creatures to grumpy, pugnacious and even aggressive types. 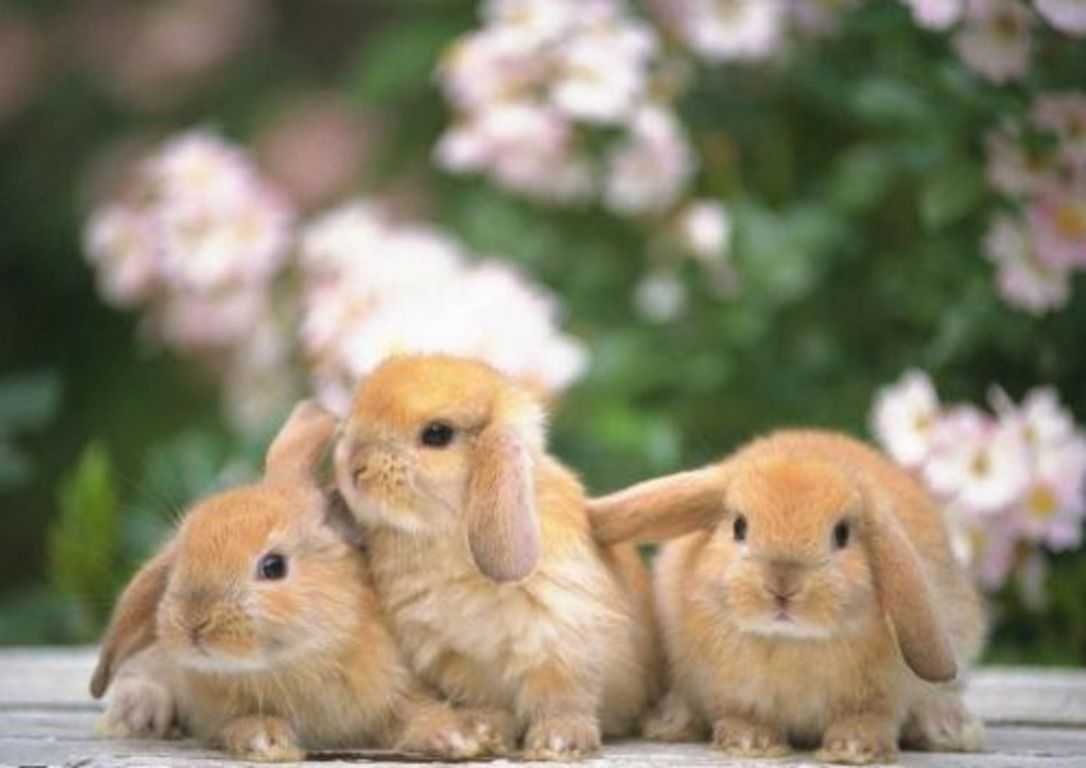 Why do decorative rabbits die?

Pets can get sick with the same infectious diseases as their fellow tribesmen living on rabbit farms. The same symptoms, the same terms of the disease, unfortunately, the same outcome. But, in order to avoid infection, the same prevention is carried out.

Important! Decorative rabbits just need to be vaccinated! An unvaccinated animal can pose a direct threat to the health of the people around it!

There is another reason why rabbits of decorative breeds die, this is a natural death from old age. Rabbit life lasts 8-10 years. On farms, animals are not kept up to this age, but a pet may well live to a ripe old age. Signs of his veteran age:

A rabbit in old age needs increased attention and increased care. The diet must also correspond to his "status".

How to keep rabbits from dying

The diseases considered in the article, the causes of their occurrence, treatment and preventive measures will help the rabbit breeder in his difficult work of raising these valuable animals. Knowing what rabbits can die from, the farmer will strive to prevent conditions for the development of infectious epidemics. The caring owner will make sure that in his rabbitry:

In order to avoid pestilence, the rabbit breeder must always adhere to the necessary veterinary dogmas:

These measures will minimize the risks of spreading infection on the farm and will help to avoid significant losses associated with the death of livestock. And if the misfortune did happen, then you should not despair, but it is better to invite a veterinarian for an examination, who will try to save the eared ears from death.

RabbitsWhy do rabbits drink their urine

Domestic birdThe comb turns blue in chickens and they die: how to treat