Sheep are the most common animals in Kazakhstan. For many centuries, peoples roaming this territory have bred this cattle. As for modern times, the Kazakhs have retained the skills to skillfully maintain and breed these animals; they have developed a large number of new breeds with excellent performance.

Thanks to the efforts of farmers in the 19th century, they managed to breed a very unusual, but productive breed of sheep, which was named Edilbaevsky sheep. Today, representatives of this species are considered the best among the breeds of meat and lard.

Edilbaevskie rams were born about 200 years ago by crossing the best representatives of fat-tailed animals and large-sized coarse-haired relatives.

In Kazakhstan in the 19th century, people predominantly led a nomadic lifestyle. Based on this, it turns out that the animals were also adapted to nomadism. Thanks to this feature, the edelbay sheep breed easily got used to travel long distances. 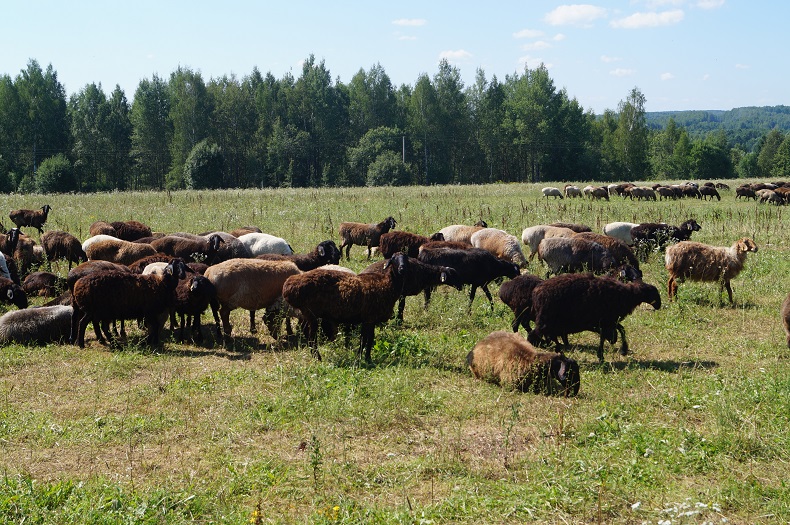 Unfavorable weather and climatic conditions, the almost complete absence of water and the continuous search for food tempered the Edelbaevs. Modern representatives of the species are extremely hardy, they are not afraid of temperature changes, with a poor diet, they provide the farmer with plenty of meat and lard, wool and milk.

Description of the appearance of edelbay sheep

The lamb of this breed is fat-tailed. The older the animal, the more pronounced the bag of lard it has.

The growth of representatives of the species can be called impressive without exaggeration, at the withers it reaches 85 cm. The body is approximately 80 cm long. The girth of the chest often reaches one meter. Characteristically strong physique, rounded shapes indicate fatness. The most common are two colors - red and black; brown colors are less common. A characteristic feature is that suits affect performance. 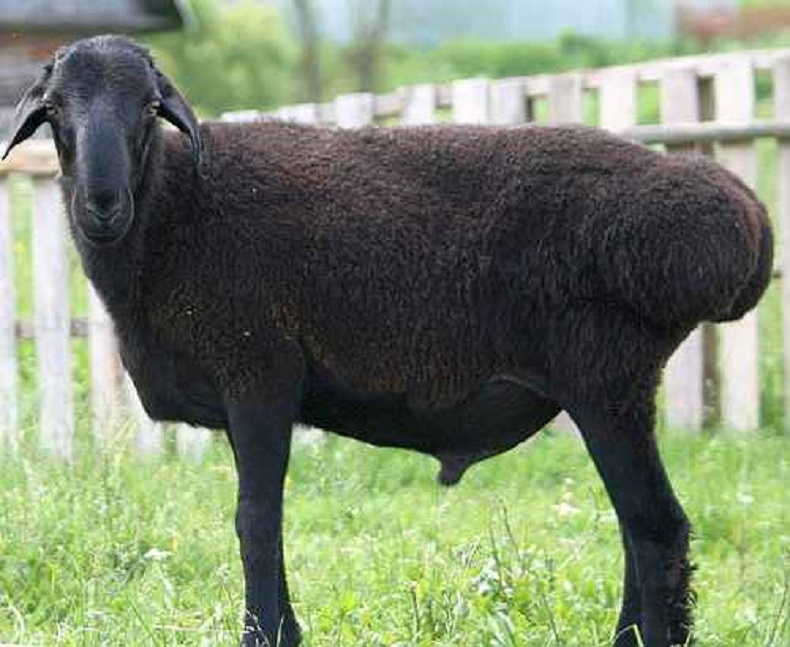 More than 50% of animal hair consists of fluff. From one individual, approximately 24% awn and 19% high quality hair can be obtained. If the numbers are converted into kilograms, then approximately 3 kg of pure, selected wool comes out. In industry, raw materials are used mainly for the production of carpets, due to the lack of softness.

A short list of criteria that characterize the Edilbaevskaya breed:

As a rule, in the breeding farm, the breed is bred to obtain fat tail fat and meat. But with the mass breeding of sheep, the farmer can reap enormous profits from the sale of dairy products and wool. 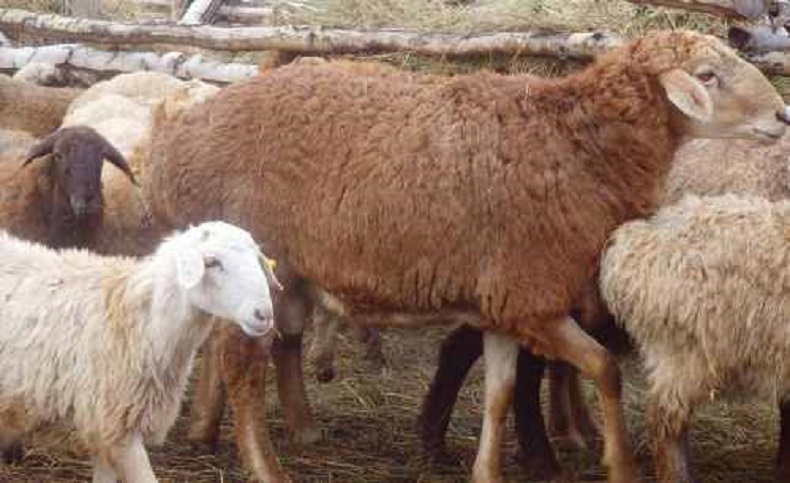 Based on the long-term practice of breeding sheep of this breed, highly productive herds of the Edilbaev breed can be created in the shortest possible time

Fertility rates in queens are low, they can bring no more than three lambs a year, but the volumes of milk, subject to the rules of care and milk, are impressive - from 124 to 184 liters. After lambing, the female must be milked for at least four subsequent months. In Kazakhstan, edelbaev milk is used to prepare ayran, a national fermented milk product, as well as butter. Milk fat content varies between 3-9%.

Note! The breed is most valued precisely for its greasy and meaty performance.

At birth, the weight of the lambs is approximately 6 kg, in the lambs the weight is slightly less and varies within 5.5 kg. Individuals grow and develop extremely quickly; when they reach four months of age, the weight can reach 40 kg. It is worth paying attention to the fact that, under proper conditions of keeping, the average growth of each individual on the farm is 200 grams.

The net profit from slaughtering a four-month-old lamb is 20-24 kg. As for fattened rams, about 40-45 kg of pure meat comes out, as well as up to 15 kg of high-quality lard. 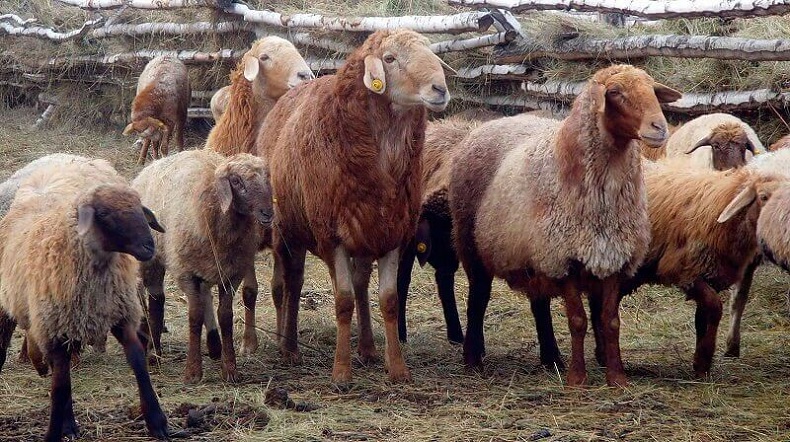 The most valuable is the meat of lambs, which were recently taken away from their mother. Despite the high calorie content, the fat content in such meat is much less than that of an adult fat tail. That is why the product is considered dietary, and it is recommended to include it in the diet of people who want to lose weight.

Features of care and maintenance

The sheep breed was eaten away in unfavorable climatic and weather conditions, therefore, animals have high indicators of endurance, as well as excellent adaptive properties.

Well-developed musculature and strong constitution allows herds to be driven over impressive distances, up to 500 km.

In care and cultivation, they are not picky, they are able to find food for themselves in desert areas, and also use pasture for their own benefit. Thanks to this advantage, representatives of the Edilbaevskaya breed can graze all year round. However, there are certain features that you should pay attention to when raising livestock.

For their maintenance, it is required to build a solid room. The barn should have room for animals and should also have a large paddock. The room should be well ventilated and, at the same time, dry, there should be no drafts, the animals may start to get sick. 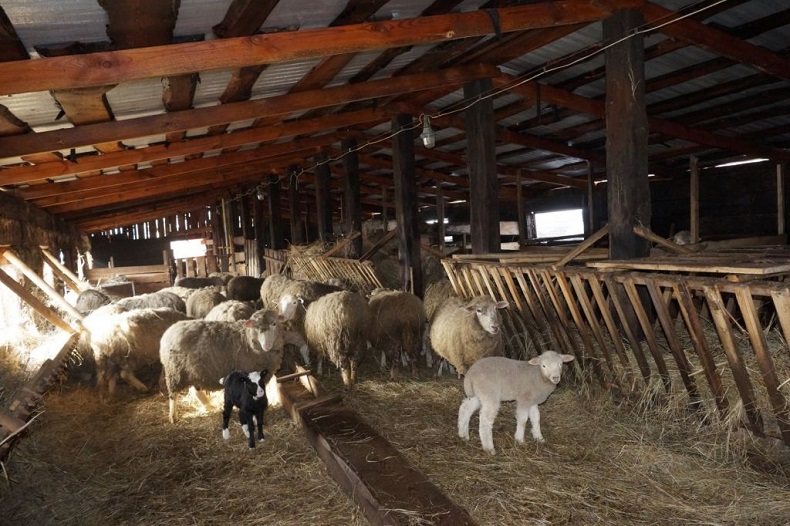 Premises for keeping the Edilbays

The animals are clean, therefore hygiene is important. The litter should be changed regularly and must be free of mold.

Important! The Edilbaevskaya breed of sheep does not tolerate dampness and high humidity levels.

A distinctive characteristic of this breed is that they cannot use marsh and forest hay, this was laid down at the genetic level. The vast majority of food animals find themselves on their own in a pasture. 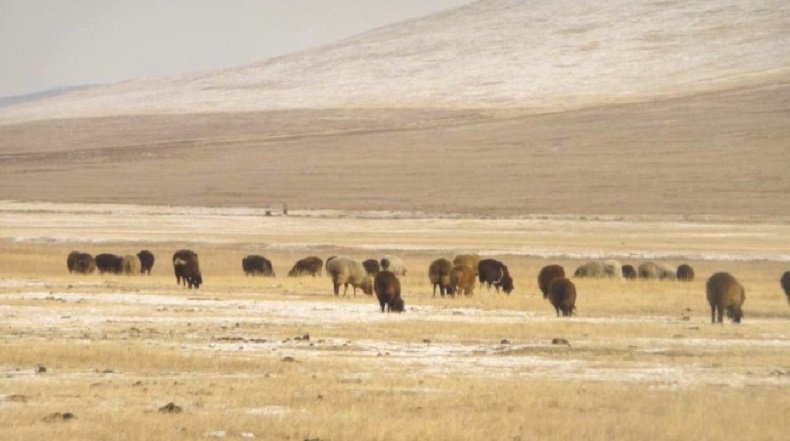 The Edilbay pasture must be grazed before snow appears

Each animal consumes approximately 2 kg of hay and 0.5 kg of feed grains per day. It is recommended to enrich the diets with vegetables and fruits, it is worth refraining from rotten or spoiled foods.

On pastures, animals need constant supervision, because if a sheep is lost, it will not be able to find its way back on its own.

Note! In spring and autumn, these animals need fortified supplements.

Edilbaevskie sheep are ready to bear offspring in winter. In comparison with other breeds, the reproductive function of females is poorly developed, okaty can occur no more than twice a year, the maximum number of lambs brought is 3. Duration of pregnancy is 21 weeks, as a rule, singleton, animals tolerate the entire period well.On the day of lambing, the female may behave restlessly. 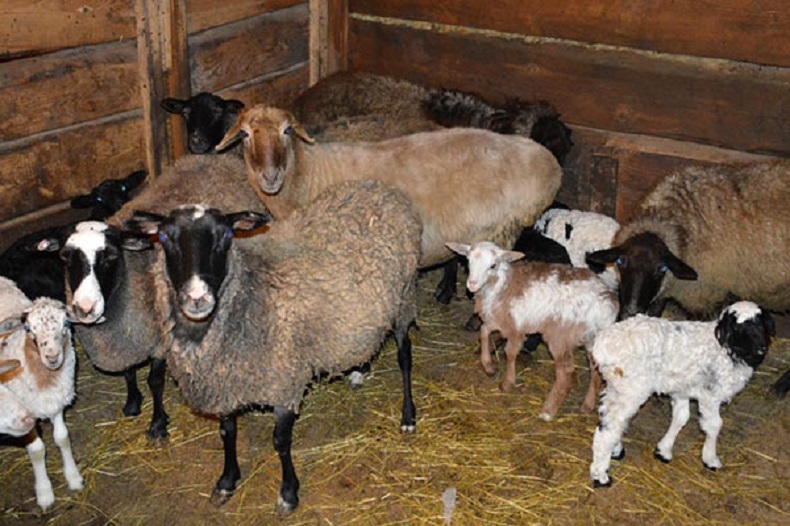 To do this, a good farmer must prepare the animal for the upcoming birth: cut the hair between the hind legs, as well as, near the birth opening, clean and warm the room, spread a clean and dry bedding. The duration of labor activity, as a rule, does not exceed one hour, the process itself is not accompanied by complications.

Important! During childbirth, there must be a person next to the animal, since the lamb can be born in the amniotic fluid. It should be broken off immediately, otherwise the lamb will suffocate. Veterinarian assistance may be required if the lamb is not positioned correctly in the womb.

The Edilbaevskaya breed has many advantageous features, which is why it is so popular.

CattleBlack and white breed of cows