Those who are often in nature or in the countryside have been bitten by bees or wasps at least once. Often, by the bite and the painful tumor that developed from it, it is difficult to understand which insect left it, the consequences are so similar. Scientists have long and closely studied the effects of wasp and bee venom on the human body.

It is known that, in comparison with bee venom, wasps are more allergenic. Quincke's edema and anaphylactic shock may develop from a bite. But this is far from all that insects with a bright, bright yellow-black color are capable of. She warns everyone: it's dangerous!

Note! Only females have poison, and males simply do not have a sting.

What is contained in wasp venom

Each drop of wasp venom contains a wide range of biologically active substances that affect tissues and nerve endings, which necessarily provokes some kind of immune response. How the human body will behave in each particular case, no one will undertake to predict. For some, such an incident will go almost unnoticed, while for others it can end in very serious consequences. 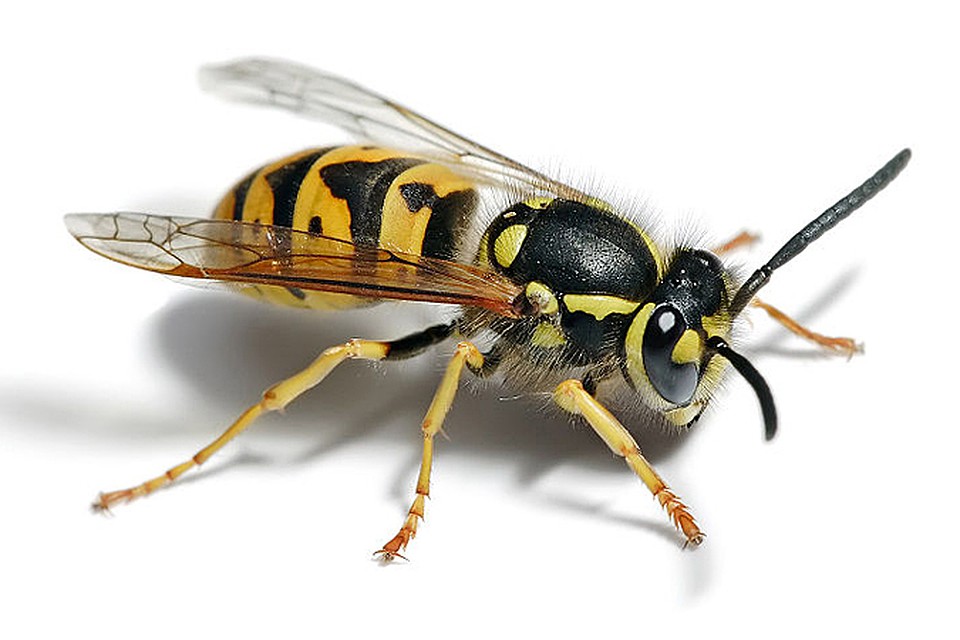 What is contained in wasp venom

The most famous components of wasp venom:

If a hornet bites (the largest of those, which include poisonous wasps), then in the composition of its venom there are such toxins as mastoparan, whose destructive effect on cell membranes is several times stronger than that of phospholipase. 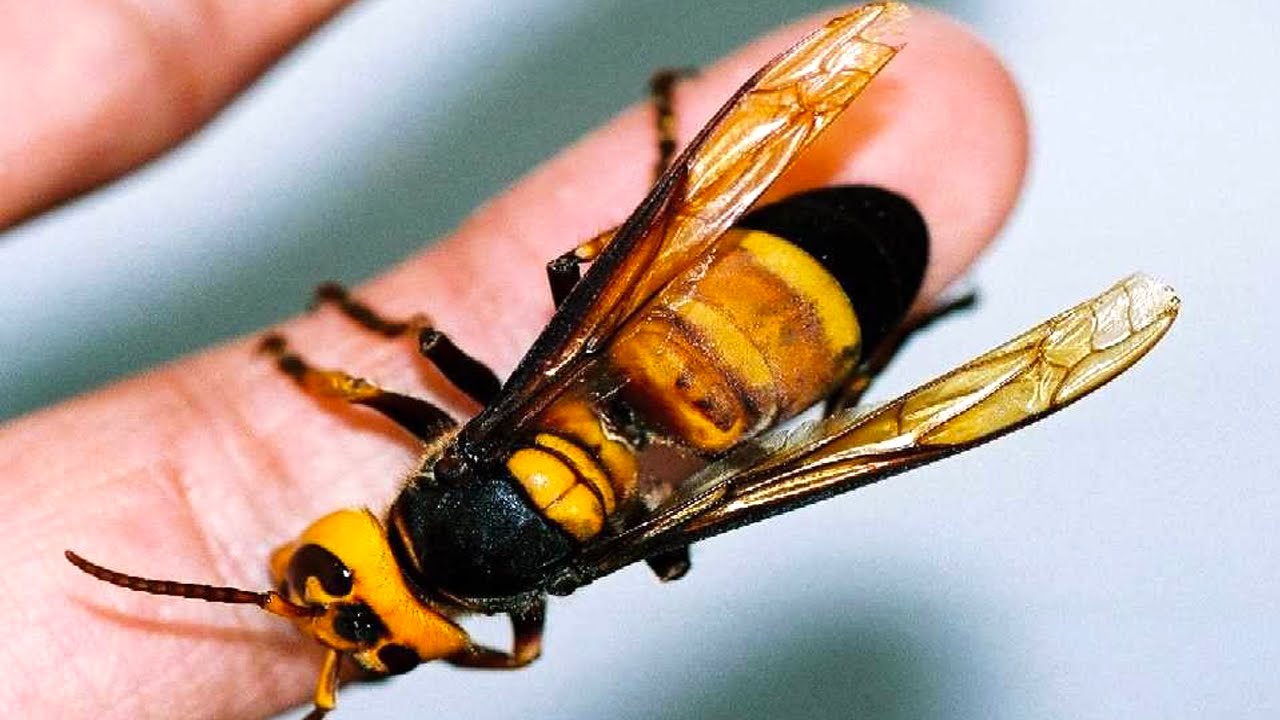 The hornet will bite

Immediately after the bite, the person feels severe pain, burning. A slight swelling forms at the puncture site. After a few more minutes, the tumor rapidly spreads to neighboring areas. There is severe redness, sometimes with a bluish tint. The tumor may even become hard. Sometimes unbearable subcutaneous itching appears. Symptoms typical for allergies often develop:

In the most extreme case, anaphylactic shock may develop. This is the most severe manifestation of allergies. It occurs in people who are allergic to hymenoptera venoms. Usually, such a reaction occurs in an allergic person not only to the poison of wasps, but also to bees, hornets, bumblebees, etc.

Important! The rate of development of an allergic reaction is very high, it happens that they do not have time to take the victim to the hospital.

It is generally accepted that the likely benefits of using wasp venom are outweighed by the risks that come with each use. Doctors have to take into account a proven fact: with each subsequent bite, the sensitivity of a given person to the injected poison only increases.

Wasp poison becomes safe and even useful after special processing in laboratory conditions. Such work is being done to obtain a vaccine that saves the lives of people suffering from allergy to insect bites. In the composition of the vaccine, the concentration of histamine and some of the toxins decreases, but the composition of other specific components remains unchanged, so that in the future the immune system can identify the injected poison.

Vaccinations are done annually with the onset of the warm season, when the likelihood of meeting wasps increases. By the time this dangerous event occurs, a person should have developed an immune response under the influence of the vaccine. This is the only way not to be afraid of dying from an accidental bite away from hospitals and doctors. 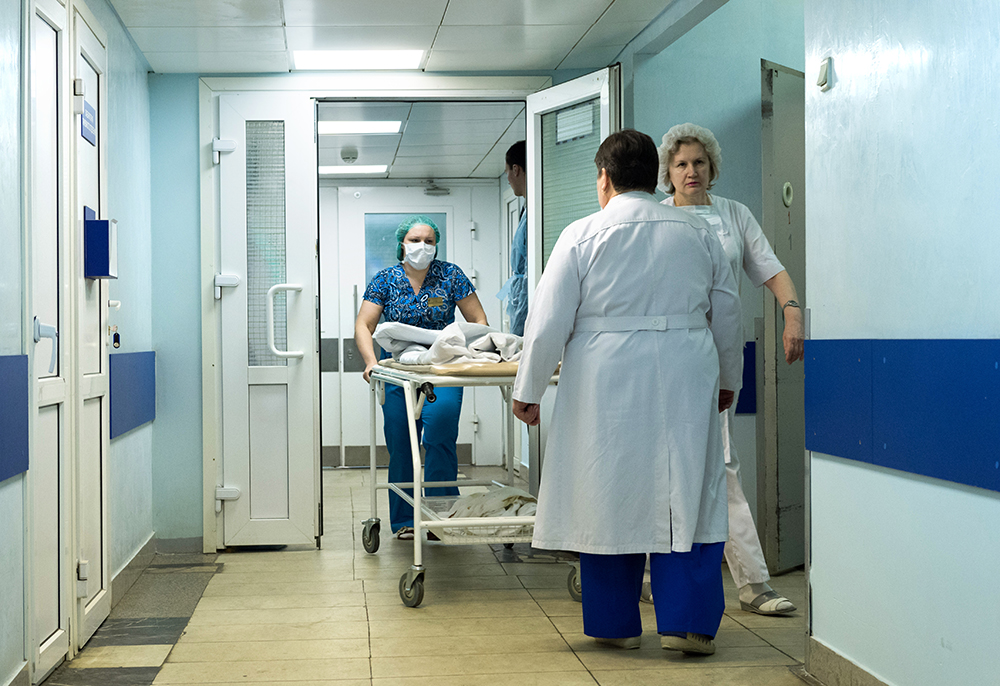 Wasp venom is being studied in research laboratories around the world. There is reason to believe that the constituents of this unique substance may help find a cure for cancer. Not so long ago it was possible to find out that cancer cells are destroyed by the poison of wasps. This could be a real breakthrough in oncology.

Bee and wasp venom - the difference between them

A bee and a wasp only belong to one species: stalk-bellied insects, but there are many differences between them. The most important thing is that the bee can only bite once, after which it always dies. The wasp is able to bite repeatedly, without suffering at all from this. The behavior of bees is less aggressive, they can calmly react to the presence of a person near the hives. The wasp protects the nest by attacking the enemy regardless of its size.

For aggression, an insect can take a wave of the hand, and sometimes even a smell emanating from a person. If something provoked aggression, then all nearby wasps will attack at once, stinging the enemy until the poison runs out, and sometimes even after that. The bite of wasps is very painful, and they also know how to bite not only with a sting, but also with their jaws. 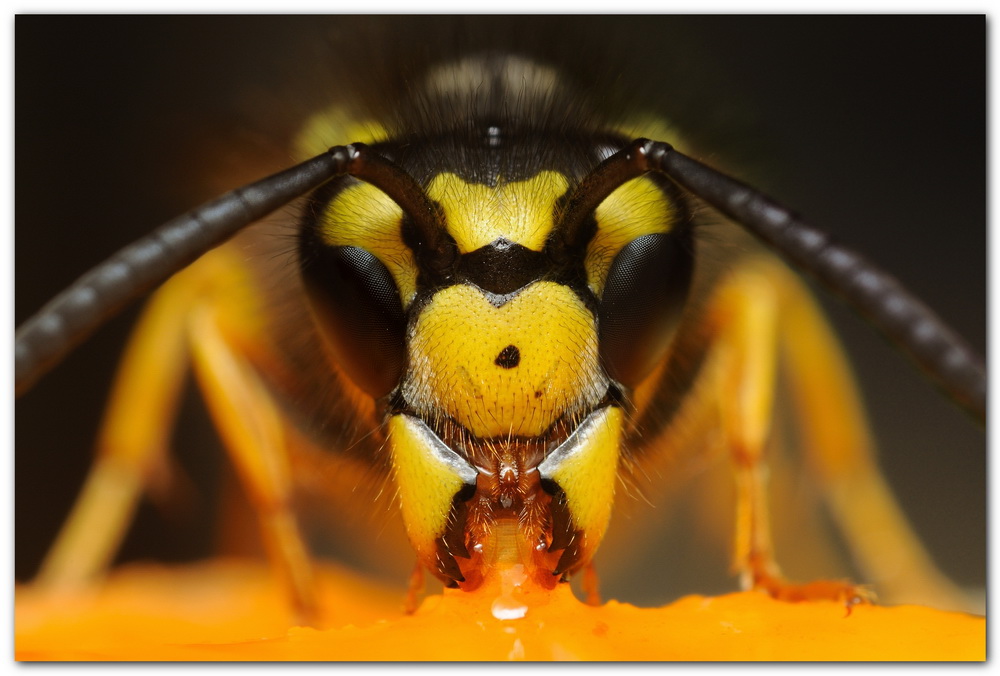 The sting of a wasp is as smooth as a needle. It easily pierces the skin and does not get stuck. The wasp sticks its sting into the skin, flies up and again rushes at the person. For her herself, this is not at all harmful. If the individual is large enough, then one bite is enough for the most negative consequences. From a large amount of poison, cardiac arrest can occur even in a healthy person.

Bee venom has a different composition of components than aspen. The following groups are distinguished: 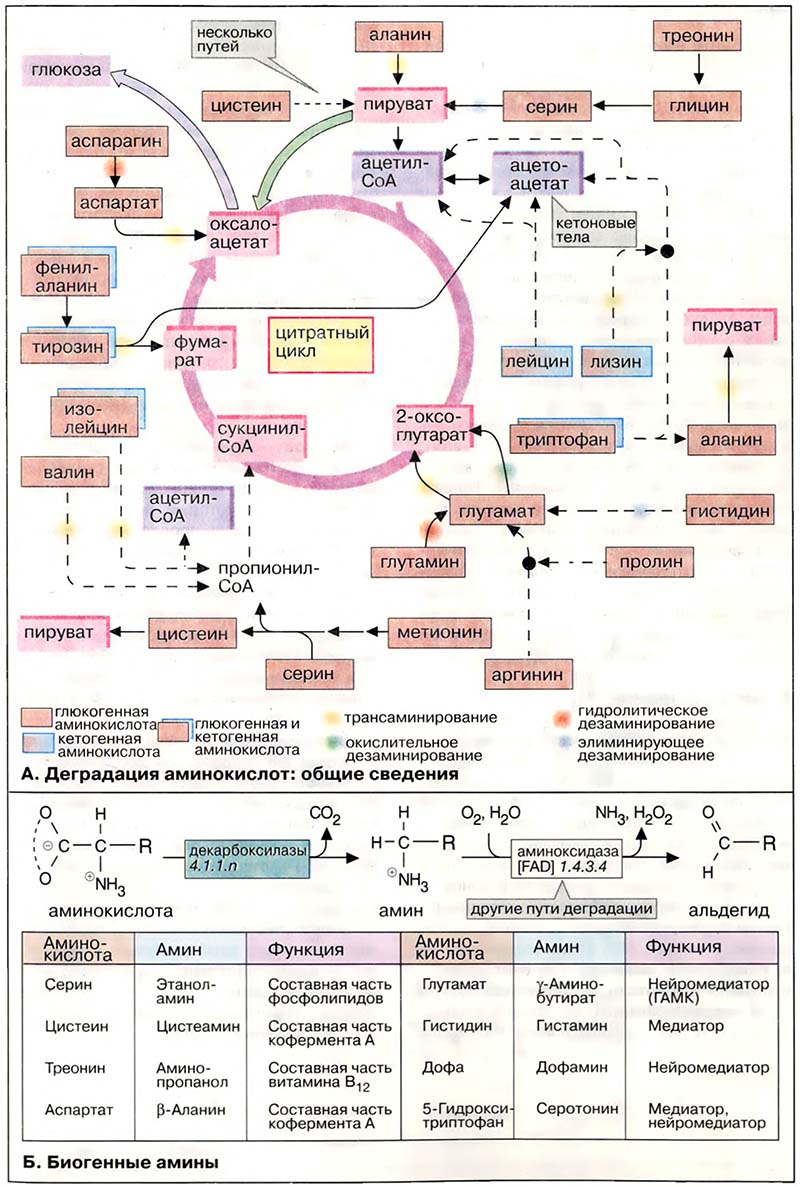 It should be noted that the composition of the bee venom is not constant, changing every day of its life. It depends entirely on the age of the insect. It is known that the highest concentration of histamine agents is reached on the 35-40th day of a bee's life. The composition of wasp venom is more stable and less dependent on age. The size of the insect is of decisive importance, the larger it is, the more poison it has, the more dangerous it is.

What is the poison of the Brazilian wasp

What to do if bitten by a bumblebee

Brazilian wasps are not rare, they are quite common in their natural habitat. They are classified as paper, public.They settle in nests of up to 1000 individuals. With the help of their saliva, mixing it with wood dust, they build nests, the walls of which most resemble paper. The structure of the colony is as follows: the uterus and males are capable of reproduction, but they do not leave the nest either. The protection of the nest, its construction, and feeding are carried out by female workers who are not capable of reproduction, but are capable of stinging.

It is the Brazilian wasps (Polybia paulista) that have become known to the whole world thanks to the latest scientific research in the United States. It was possible to establish that the venom of these particular insects is capable of destroying cancer cells. It's all about a unique peptide - Polybia-MP1. However, we are not talking about a panacea for all types of cancer, only for some. Moreover, the approbation of the drug being developed, the basis for which was the venom of the Brazilian wasp, has so far passed only on mice.

How to neutralize wasp poison 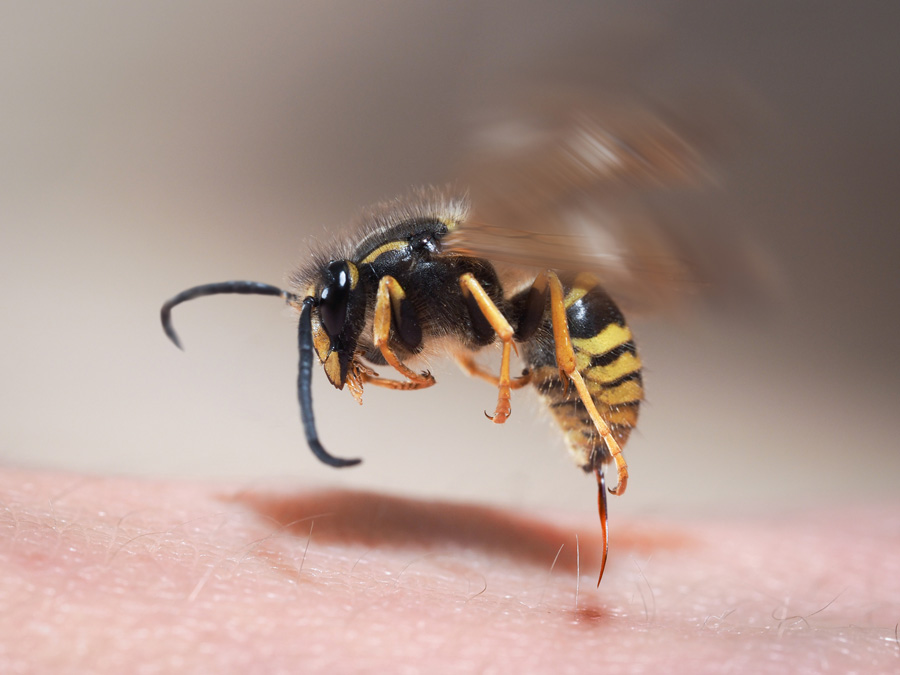 How to neutralize wasp poison

When the bite did occur, but it is not known in advance how a person will react to the wasp's poison, one should act very quickly. First of all, it is important to remember what should not be done in any case, namely:

To disinfect a bite, use:

To reduce intoxication will help:

Important! With multiple bites, an ambulance should be called, since it is impossible to predict the body's response to a large dose of wasp poison.

So, what not to do if a wasp has bitten it is to panic. You need to act quickly and try to get to the hospital as soon as possible. If we are talking about an allergy sufferer or a child, then it is better to immediately give an allergy medicine. It is impossible to use wasp poison as a cure for any disease.

OtherWasp sting - how to get it out

OtherHow to treat a bee sting

OtherBumblebee bite - what to do at home

I won't say my name

Once when I was little .. I was about 9.10 years old. I was bitten by a whole swarm of wasps. Brrrrr ... I went out onto the balcony, and there was a rolled-up carpet. It was in this carpet that the hornet's nest was. I stepped on him with bare feet. Accidentally, of course .. At first I did not understand .. And then booool, burning, screaming, as if they were cutting me and I was crying strongly then. They applied a rag with my urine to my leg, to the bites. Little by little it passed. I don't remember, of course, how long the pain lasted. But, the pain was terrible. The leg was swollen, reddened strongly. The left leg was ... How strange ... And this time the wasp bit in the left foot. It -… More details »