homeThe most interestingWhat is the difference between blackberries and raspberries

What is the difference between blackberries and raspberries

Blackberries and raspberries are well-known berry bushes. In many ways they are similar, but they also have differences. 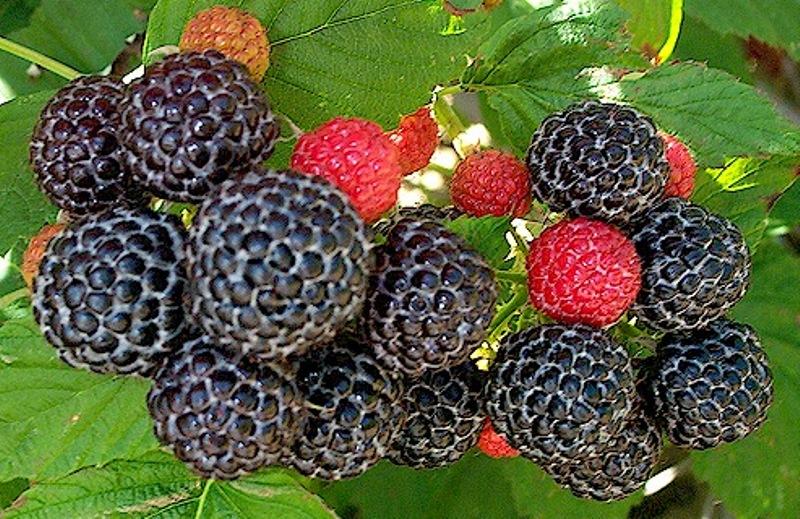 It may seem that the main difference is the different color of ripe berries. This is the case in most cases, but there are varieties of raspberries that have the same black color as blackberries. However, they can have a similar shape. It is not that simple…

History of origin and cultivation areas

Blackberries in Siberia planting and care 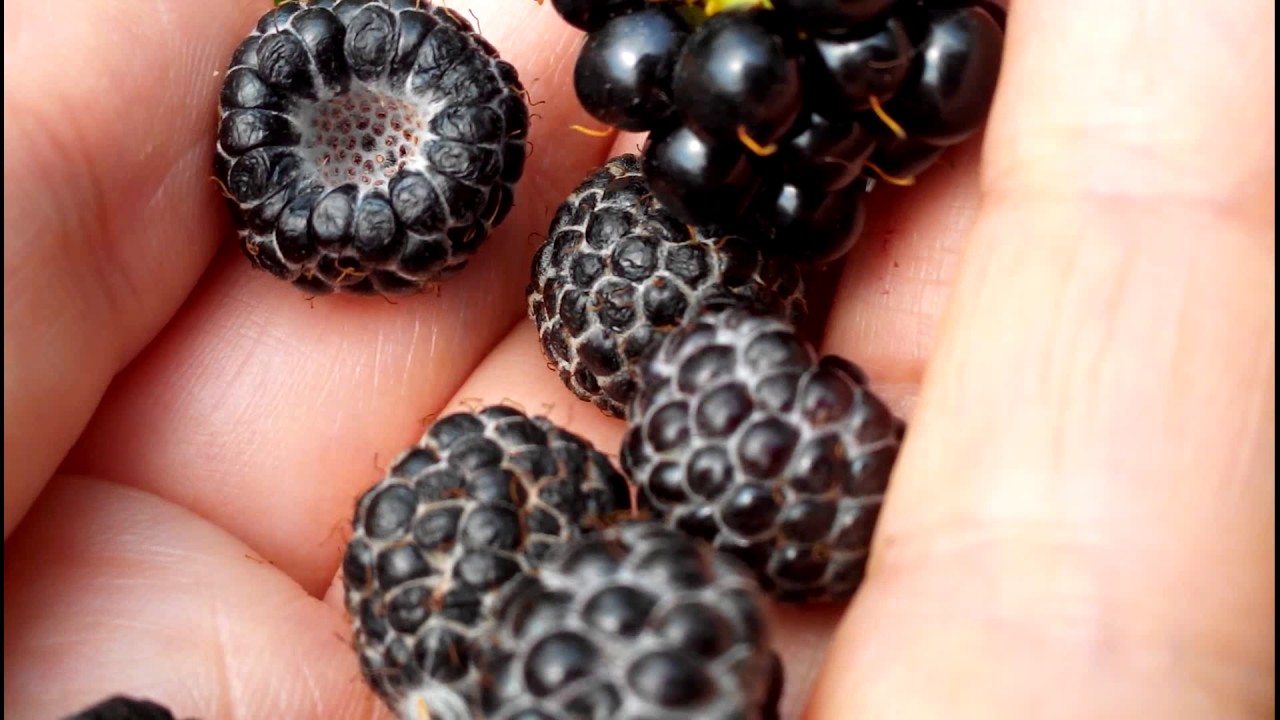 The American continent is recognized as the homeland of blackberries. Asia is considered to be the origin of raspberries. Now in America, blackberries are cultivated industrially. In European countries, its cultivation is not so widespread. Cultivation of raspberries is more typical for Europe.

Differences between the aboveground and underground parts

Both of these plants belong to the Rosaceae family and are close relatives. Having a highly developed underground part, they form thickets of one and two-year shoots. Blackberry stems are creeping and have a green color. In length they reach 3 meters or more. Abundantly covered with large spines. Raspberry shoots are erect, up to 2 m in height, have a pronounced bluish bloom. There are much more thorns on the stalks of raspberries, but they are smaller and more tender than blackberries. These plants have very similar leaves, but blackberries do not shed them for the winter.

Blackberry bush is more powerful, with more stems per unit area. Therefore, it is denser than a raspberry bush. The root system is more developed in blackberries and deeper than in raspberries. This is the reason for the best drought resistance of blackberries.

The berries of these plants are morphologically the same - complex drupes. Blackberries have a white, dense core. They do not break off the receptacle as easily as in raspberries. The raspberries are effortlessly detached from the bush and are hollow on the inside. When ripe, blackberries are much denser and therefore better stored and transported. 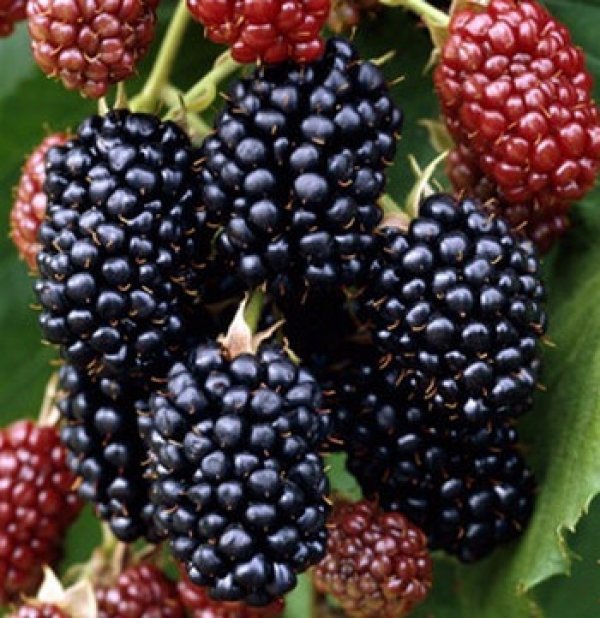 The beginning of flowering and maturation of these plants is different. Raspberries begin to bloom and ripen earlier. The massive raspberry harvest is in July. The beginning of fruiting of blackberries occurs in August, since it also begins to bloom later by 2 - 3 weeks. This allows the blackberry to avoid the threat of return frosts in late spring. At the same time, under adverse weather conditions in August - September, blackberries may not ripen at all. 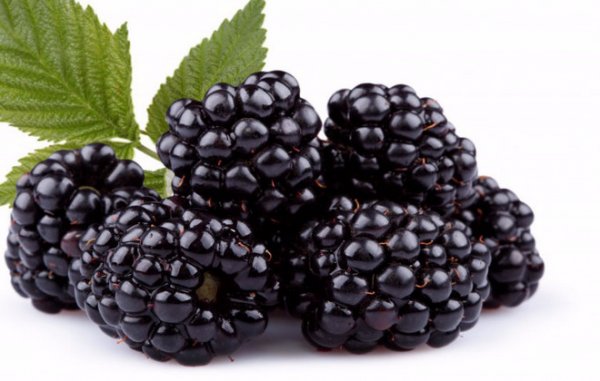 Raspberries contain more sugars and vitamin C. They contain a lot of copper and iron. Blackberries are rich in antioxidants and pectins, and are high in calcium, potassium and magnesium. Raspberries are used in official and folk medicine as antipyretic and diaphoretic. Blackberries are able to lower cholesterol levels, blood pressure and have a beneficial effect on the functioning of the organs of vision. 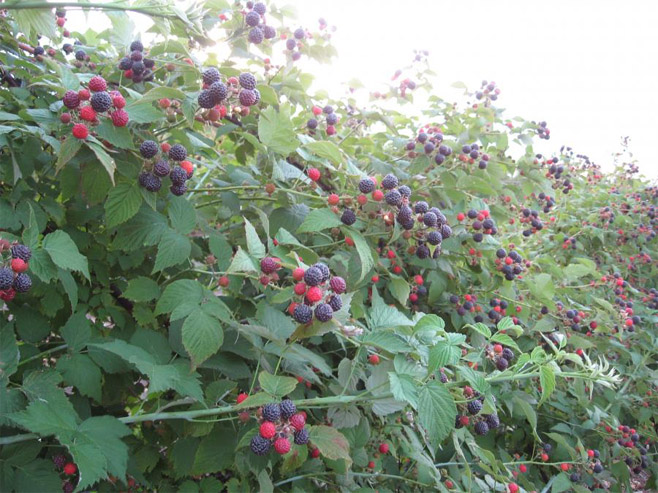 These crops have different requirements for external conditions. Blackberries tolerate shading, but bear fruit later when there is insufficient light. It is more drought tolerant than raspberry. Raspberries are more demanding on lighting. In addition, raspberries are more frost-hardy and easily withstand frosts below 20 degrees. For blackberries, lowering the temperature to 15 degrees below zero can be disastrous. In this regard, it requires winter shelter.

You should choose areas protected from the wind for blackberries. On a dense bush, berries are more easily damaged by its gusts, and stem injuries are possible.A thinner raspberry bush tolerates wind exposure more easily.

These crops deserve the attention of gardeners as they are unpretentious, productive and very healthy. If the area of ​​the site does not allow growing both raspberries and blackberries, you can choose hybrids that combine the properties of both plants. 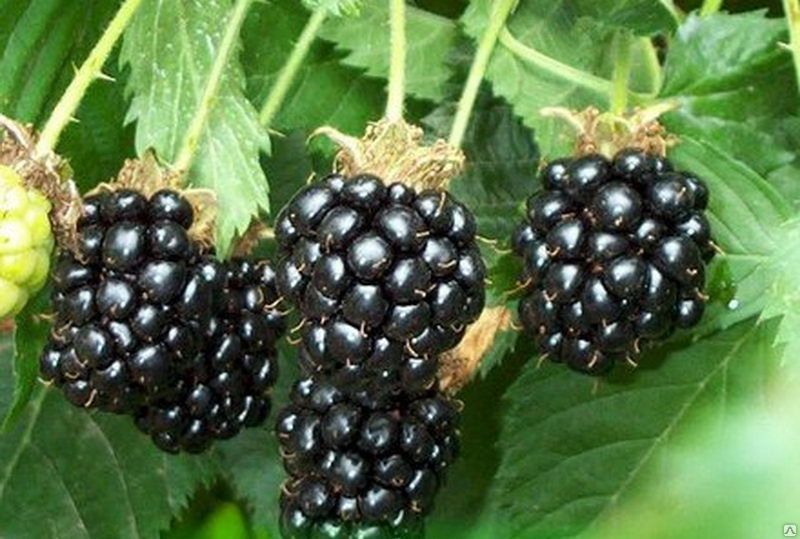 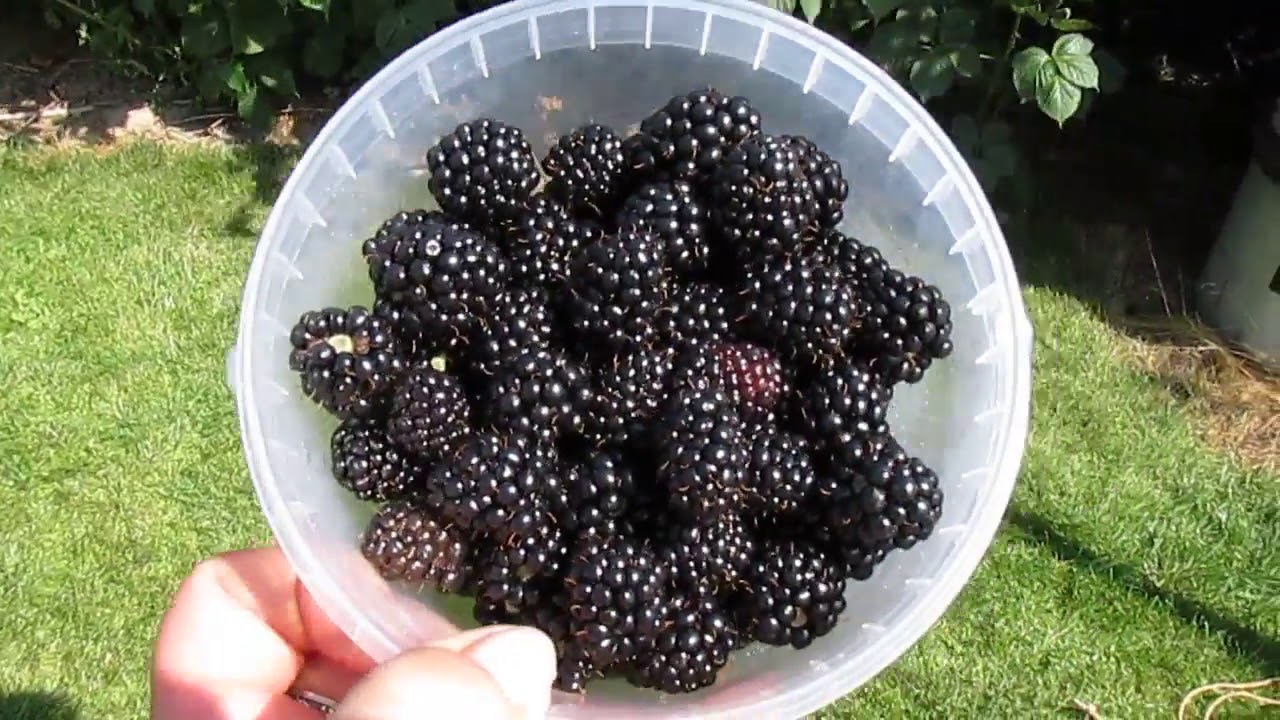 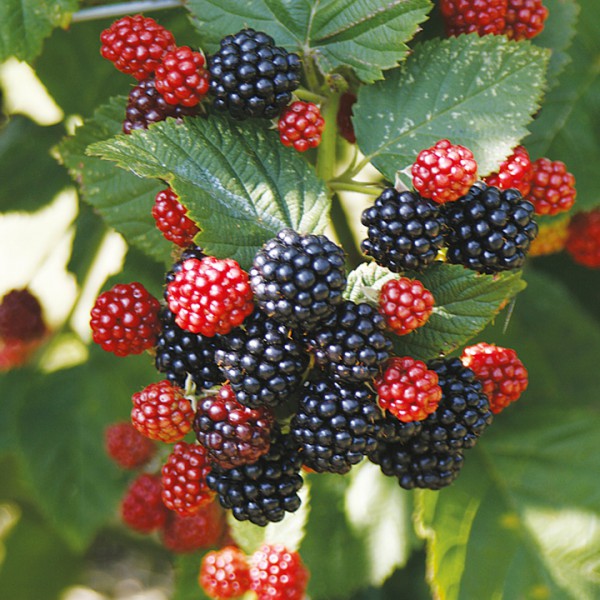 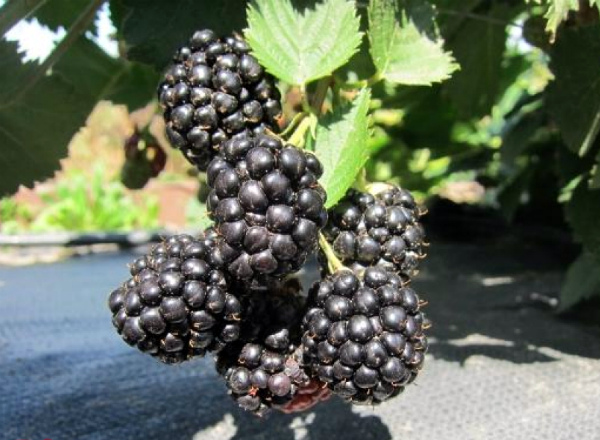